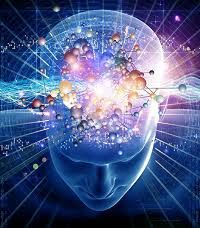 I appear to be the first person to relate single hemispheric sleep with the high suicide rate of combat veterans.

The link between single hemispheric sleep and suicide is obvious and proven.

Veterans experiencing 1-3 or more years in combat have learned to sleep with the "sleep alert" single hemispheric sleep for self- preservation. They are experiencing severe effects of sleep deprivation. Military troops returning from combat and veterans need to learn how to sleep using both sides of their brain/mind.

SIDE EFFECTS OF SINGLE HEMISPHERIC SLEEP which is caused by living with danger, stress and worry.

Is it any wonder there are 22 veterans in the United States committing suicide EVERY DAY?

When will our doctors recognize the fatal situation of continued single hemispheric sleep is occurring in our veterans and address the issue?

When will the Veterans Administration and their hospitals recognize the fatal situation of continued single hemispheric sleep is occurring in our veterans and address the issue?

When will our elected officials in Congress and the Senate recognize the fatal situation of continued single hemispheric sleep is occurring in our veterans and address the issue?

WHAT IS THE RELATIONSHIP BETWEEN SLEEP AND HEALTH?

What have you forgotten today? Could you remember where you left everything from yesterday?

Are you getting dementia? Dementia starts about age 35. When it becomes serious, it is noticed by others. How old are you? Could forgetting be your first symptoms?

Don’t worry. Forgetting once in a while is not always a sign of dementia.  You usually remember where you put your phone or keys. Right?  According to Scott Barry Kaufman, humans are not consistent with how they remember, or, as Kaufman  calls it, their “cognitive functioning.” 1  What you forgot today may be a once in several months occurrence.

What does forgetting have to do with how you slept last night?

Does it matter that some nights you sleep well, while most nights you may awaken, fully alert and ready to go, at the slightest deviation in light, sound or nearby movement? What does sleep have to do with your cognitive functioning? We have learned that sleep deprivation causes many changes in our health, emotions, learning, and social interactions. Refresh yourself by reading what those changes are at the end of this blog.4

In studies of children, it was reported there were “substantial fluctuations in the children’s daily cognitive performance with their nightly sleep quality, time in bed, and daytime tiredness.”  The cognitive actions of memory fluctuations were related to the amount of sleep they had. 2

This seems to parallel the studies of adults with sleep deprivation.  In the last blog on this site,
dangers resulting from sleep deprivation were listed. They have been repeated at the bottom of this blog.

In 2013, studies of changing of sleep durations in children was found to affect the emotional functioning and cognitive performance of those children.3 Imagine how it affects adults who have continue to experience sleep deprivation every night because they sleep with one hemisphere of their brain awake.

The shortening of the children’s sleep cycle resulted in impaired regulations of their emotions, short-term memory, ability to hold their attention at any given time and giving positive responses. It was found that sleep deprivation of just a few nights created changes in the children’s functioning during their awake hours.  Thus, like adults, sleep deprivation has a negative impact on children.

Imagine the impact of sleep deprivation of our military personnel deployed in combat regions when they experience 1-2 years of continued sleep deprivation due to single hemispheric sleep. They only knew they were always tired after hours of sleep and may have taken medication to feel better. When they leave the military, they continue that same learned sleep behavior as a civilian. Our veterans return to their safe and secure homes to find they can no longer sleep as well as they did prior to joining the military. Their sleep is no longer restful or refreshing.

Until they are taught how to relax in order to sleep with both hemispheres of their brain at the same time, they may be doomed to single hemispheric sleep the rest of their lives.

Continued single hemispheric sleep becomes a learned behavior. Nightly sleep remains in the “sleep alert” mode as it did while they were deployed in a combat zone where one of their brain’s hemispheres remained awake and alert every night. Sleep deprivation continues to mount up until the results become unbearable.

Some or all of the sleep deprivation symptoms and diseases will surface in their body and mind. They won’t know why and will suffer more every day. They will lose their ability to see life’s positives. Illness and despondent behavior may follow.

Those who have dedicated their lives to the United States and its citizens deserve information, treatment and care.