Major Jon Coulter, USMC, is the hero of the MINDREACHER thriller series.

When asleep, Coulter’s mind is constantly alert to danger. Upon hearing a strange noise, he is instantly fully alert and in warrior/combat mode. Never groggy upon awakening, he is the perfect Marine at all times. Coulter and his Marine buddies have no idea how they accomplish their sleep alert mode. They assume it’s just a learned military way of life. They are totally unaware that only half their brain sleeps at any given rest time. Consequently, they are never fully rested and wake up tired. They continually experience sleep deprivation with all the classic side effects. 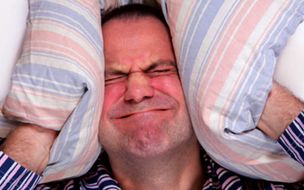 How do these “half sleep nights” affect men and women across the military spectrum?

If they have grown accustomed to single hemispheric or ‘unihemispheric’ sleep, how difficult is it for them to return to full hemispheric sleep once discharged from their military service?

To my knowledge, there have been no studies concerning military sleep habits during deployment or at their home in the United States. All the sleep studies I’ve read refer to full hemispheric sleep.

Only when anyone feels totally safe, such as in their secure and safe bed at home, will their body allow both hemispheres to sleep. Sleeping with both hemispheres are the only times a person can awaken from sleep feeling fully refreshed.

Since sleep deprivation causes PTSD, could single hemispheric sleep be the cause of the PTSD found in veterans deployed for long periods of time in combat zones? Is that why 22 combat veterans commit suicide every day in the United States?

What is the cause of single hemispheric sleep? Is it an instinctive self-defense mechanism during worry, stress or being in combat situations? Or is it learned?

Christof Koch used electrical activity of brains, eyes and body muscles to help study the sleep process. He said that some animals keep one hemisphere of their brain awake while the other shows signs of sleep. He wrote, “To Sleep with Half a Brain-Sleep and Wakefulness Are Not All-or-none States of Mind. When we sleep, one side of our brain can be awake.”

Within the hippocampus rests the amygdala which helps in processing memories, making decisions and giving normal emotional responses. If the amygdala is affected by sleep deprivation, the memory, decision making and emotions may be abnormal for that person. Veterans may have no knowledge of the hippocampus or amygdala and are unaware of those organs usefulness.

Continuing in their sleep alert mode at home, returning military can’t fully rest due to all the inside and outside noises and interruptions. In a family situation, they can’t isolate themselves. Martial tensions can become extremely difficult as the veteran tries isolation for peace of mind. Their senses are on full alert and they don’t feel safe. Their family may create undue stress and no one seems to understand why.

Since sleeping extended periods with only one hemisphere may negatively affect behavior, in my opinion, it may be the root of the problems exhibited by returning military. Some exhibit memory problems. Some may not be making decisions as responsibly as they did prior to being in combat. They may find emotions and reactions to others have changed and they have no idea why. It drives them and their spouses/family to desperate measures. Twenty-two veterans a day can’t take the horror of the changes and commit suicide. THIS HAS TO STOP.

The U.S. National Library of Medicine and National Institutes of Health have produced much data concerning sleep and what happens when a person sleeps. Let’s assume they are discussing full hemispheric sleep. Sleep facts include:

I conclude that military warriors in combat zones for extended periods of time may create a habit of single hemisphere sleep. Habits can be stopped or broken. For the health of our heroes, such destructive sleep habits must cease.

In my next blog, I shall address how the habit of single hemispheric sleep may be stopped through verbal instruction. Persons with whom I have talked through this method fell into a full relaxing sleep before I was halfway through the verbal instructions. They awoke so refreshed, we assumed it was the beginning of a full hemispheric sleep pattern. If needed, the process may be repeated by the subject s at the beginning of each sleep cycle. Eventually, the sleeper will be so accustomed to following the suggestions, they will be able to think, “sleep,” and find themselves fully relaxed and falling asleep. If not, they start the verbal cycle again. Few can make it through the second time without falling asleep during the process.